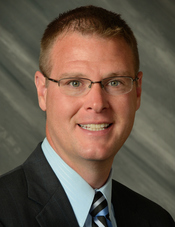 A native of central Iowa, Eric was raised and educated in Newton, Iowa, where he graduated high school and he attended Des Moines Area Community College. In 1996 he earned his Degree in Mortuary Science from Worsham College of Mortuary Science in Wheeling, Illinois.

Following college Eric returned to Newton and completed his funeral director apprenticeship and license requirements under the direction of Harold Reese. During this time he learned compassion for the families served, as well as invaluable funeral home management skills. In the fall of 2000 he continued his career at Ochiltree Funeral Service in Winterset.

In 2002 Eric became a managing-partner at Haley Funeral Directors in Southfield, Michigan. There, he was successful in managing and growing a funeral home business. In the summer of 2009 he started a funeral home contracting business, providing respite care to funeral directors and owners throughout Iowa, Minnesota, and Michigan. He returned to Iowa in 2010 to be near his family and partake in their daily lives.

Eric believes in honoring and celebrating a life well lived. During the last nearly three decades he has provided exceptional funeral service through honesty, integrity, trust and attention to detail. He is here to honor your loved ones lives and has chosen Norwalk as a community to fulfill a lifelong goal of having his own funeral home business.

Eric lives in Norwalk with his son, Conor.  He is a former member of the Norwalk Easter Library Foundation and current member of Norwalk Chamber of Commerce, where he served on the board from 2014-2018; the Norwalk Lion's Club; St. John Catholic Church, where he plays the string bass with St. John's Choir; and the Knights of Columbus (St. John Council as a third degree and serving as a Past-Grand Knight and as a fourth degree with Pope John Paul II Council).

William Cannon is a native of the Des Moines, Iowa area and is our licensed funeral director.  He will guide families from the initial phone call, through the arrangement process and services. 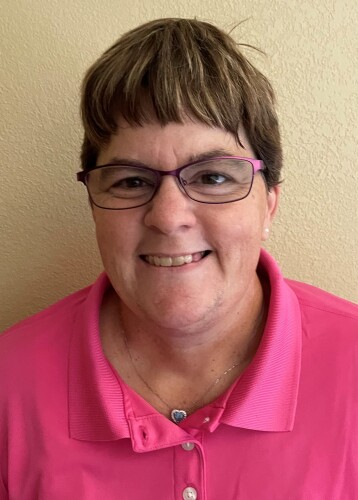 Michelle Bussanmas joined the staff at O'Leary Celebration of Life Center in August 2021.  Working in the office, Michelle creates memorial items for families, answers questions for family members, and assists with visitations and funerals.  Michelle worked at Lakewood Elementary School in Norwalk for many years as a para-pro.  In addition to working at the  funeral home Michelle enjoys teaching swim lessons through an adaptive swim program she created for special need children.  Michelle works as a life guard at the Waukee YMCA and is one of a handful of people selected to coach/life guard for the National Special Olympics to be held in Florida during the summer of 2022.

Amanda joined O'Leary Celebration of Life Services in 2019 as an administrative assistant.  After a year hiatus she rejoined our business helping in the flower shop as well as promoting the business through advertising and on-line services such as Facebook. 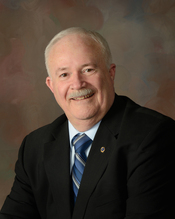 Mike Richardson was born in Osceola, Iowa, and is a life-long resident of Norwalk.   He attended Norwalk Schools through graduation, and  then continued his education at Des Moines Area Community College majoring in Police Science.

He began his public safety career in Colfax, Iowa as a police officer and volunteered with the fire department in EMS.  He was recruited back to Norwalk as its first full-time Chief of Police and was there for 25 years before retiring from the department.  He currently works at the Des Moines International Airport working in airport operations dealing with security and communications.

Mike continues to serve  his community by working at Norwalk Fire Department as a medic, and  as a reserve officer with the Des Moines Police Department.

Mike is a member of the Norwalk Christian Church (Disciples of Christ).

Mike will be working at O'Leary Funeral & Cremation Service ~ Celebration of Life Center as a Funeral Director's Assistant & Comfort Giver. 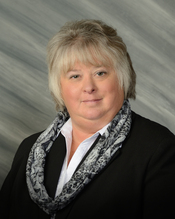 As acting manager, Jeanne is responsible for coordination of all business related items and events in the building. Jeanne has over 30 years’ experience working with families and older Iowans.  She is a certified dementia practitioner and holds certification in public management form Drake University.  Jeanne’s experience includes working with Hospice, The Alzheimer’s Association and nursing homes across the state of Iowa.

She is a licensed pre-need insurance representative and can answer questions about funeral planning or help you consider options for pre-payment.

She has four adult children, 14 grandchildren and 2 adorable pets, Murphy and Lily.

Our Pledge to You and Your Family

What is Pre-Planning
Pre-Arrangement Form
We want to get more information to Pre-Plan, please contact us

We stand ready to assist you. If a death has occurred, please call us on the number below: